Mail from Ottawa Vol.1
The canal always ushers in the new season 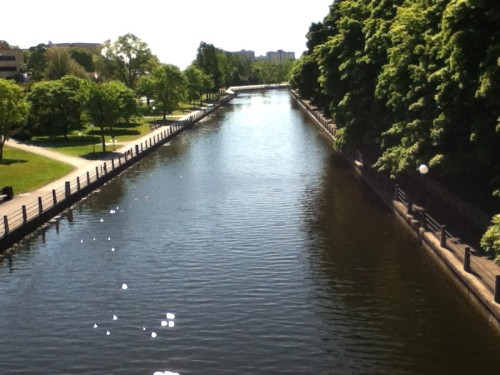 The Rideau Canal. Can you image that in winter it freezes over solid and becomes one big skating rink?

Congratulations on the soft opening of “books and modern.” From Canada I send you my best wishes for the success of this ambitious venture—a totally new way of conceptualizing what a gallery is.

Come to think of it, has the mid-summer heat hit in Japan? Here in Ottawa early summer is coming to a close and there is a glimmer of summer itself. The leaves on the trees are losing their spring tenderness and turning a deep and luminous green. Squirrels and cats are now walking about minding their business.

Ottawa is a city of 800,000 people, so really not that big a place. When most people think of Canada, what probably comes to mind are Toronto, Montreal and Vancouver. Or maybe Anne of Green Gables and Prince Edward Island, or Banff in the Rocky Mountains. But Ottawa? Hardly anybody knows about it, yet it’s the capital city. If anything, it’s a city dominated by government institutions (business is concentrated in Toronto, Montreal and Vancouver), so it might conjure up an image of a smaller version of Washington, D.C. 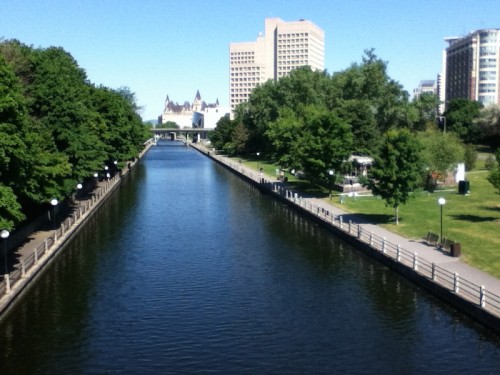 At the far end of the canal you can see Chateau Laurier, the hotel where famous people including Queen Elizabeth stay when in Ottawa. Just beyond the hotel is where the Rideau Canal connects to the Ottawa River. The National Defense Ministry is in the center of the picture, and at far right is Ottawa University.

Ottawa is picturesque to be sure, but as the center of the government it really isn’t an exciting city. On the other hand, it’s relatively safe, and quiet, so if you want to immerse yourself in study or research it’s a great place (precisely because it’s not on everybody’s itinerary).

The Ottawa River flows past right behind the Parliament building. If you go across the bridge you’re in the province of Quebec. (Ottawa is in Ontario.) It’s a pretty big river, and Ottawans have created a “beach” on its banks that includes a salt water pool that is open in summer as well as boats, kayaks and canoes for fun. In winter the river freezes over, but no matter, people make holes in the ice and go fishing. People call the condominium building right next to the beach the “Waterfront,” and it’s a really hot place to live.

The Rideau Canal runs right through the center of town. It freezes over in winter, too, and people go skating on it. There are even people who skate to work. When a Canadian is born he or she is said to learn to slide on ice before learning to walk. Sometimes you see kids that aren’t even old enough to go to school skating circles around overweight elderly men and women who have put on skates (maybe for the first time in their lives—probably immigrants) and are unsteady on the ice. The eight-kilometer long Rideau Canal is the world’s longest skating rink, and it’s registered as a World Heritage site. 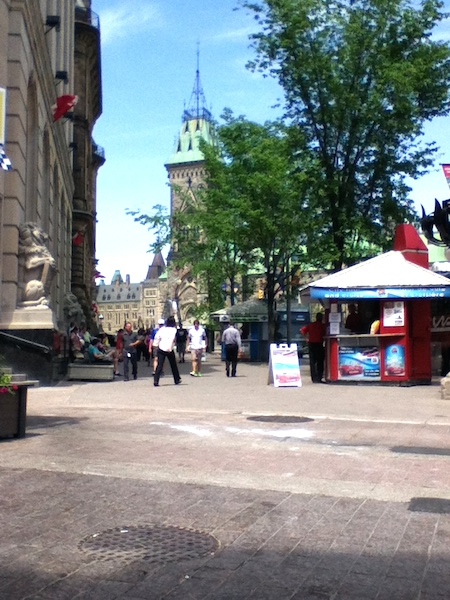 View from a café in downtown Ottawa toward the Parliament building.

So you see, this is what it’s like here. I’m looking forward to contributing some more columns that introduce you to life in Ottawa. You’re probably wondering what in heaven’s sake I am up to in Ottawa. Gradually I’ll reveal my reason for being here, and I invite you to read along. 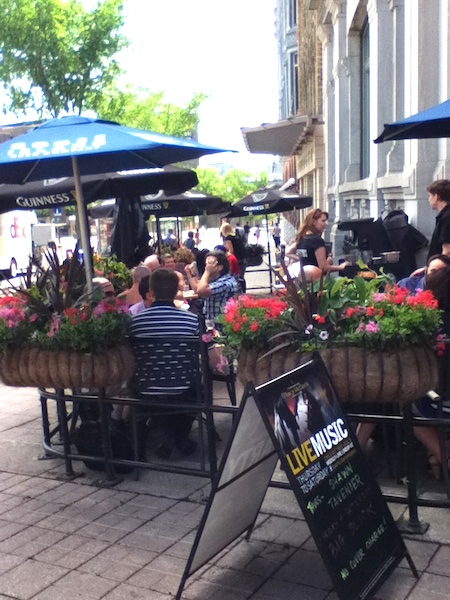 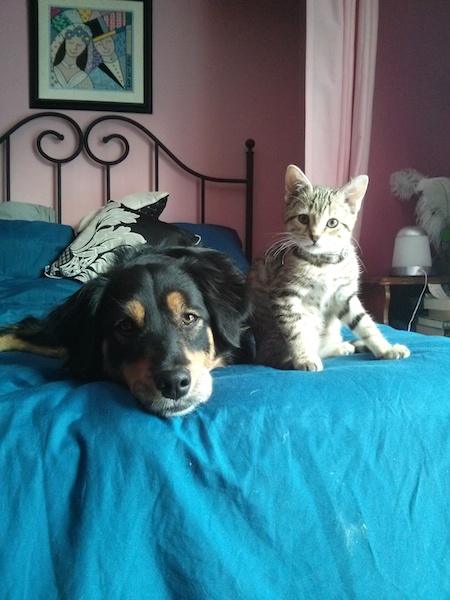 The hirsute members of a friend’s family.

Madeleine Financier (traveling)
Born in Yokohama. Intellectual who is equally comfortable in Japanese, English, French and cat language. Unlike the owner of Books and Modern, who ventures abroad for short periods only and then returns, she crossed the ocean and only comes back to Japan on rare occasions. She’s an expert at leaving her life up to happenstance.Just like Holiday Golightly, mysterious Japanese (!?). You will see who Madeleine is in the next few months. 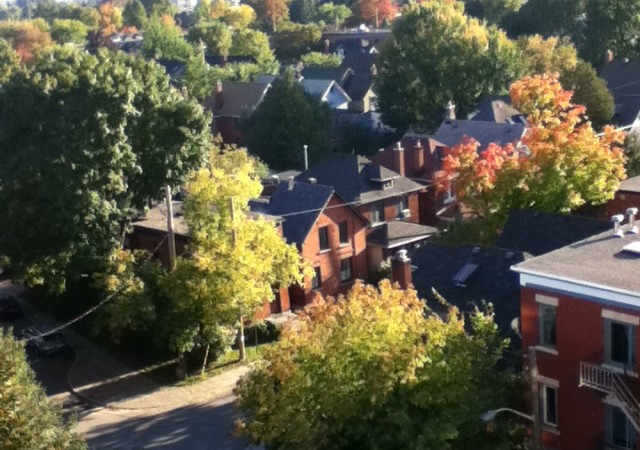 Mail from Ottawa Vol. 2
Is There Such a Thing as the Power of Translation?
– Reflections on the Popularity of Anne Shirley in Japan

Good to be back. This piece continues Mail from Ottawa Vol. 1 that I sent p