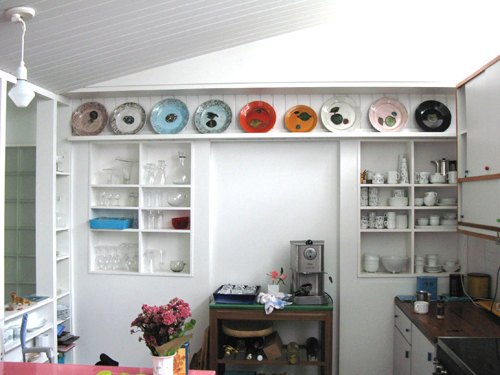 After defeat in World War II, Finland recovered rapidly as if by a miracle and Helsinki hosted the 1952 Olympics. Finland flourished at mid-century. Finnish artists and designers in many disciplines were premiated at the top art and design show, the Milan Triennale. It was a time of increasing awareness of their work. Rut Bryk was awarded the Grand Prix in Milan in 1951 and a Special Award in 1954. 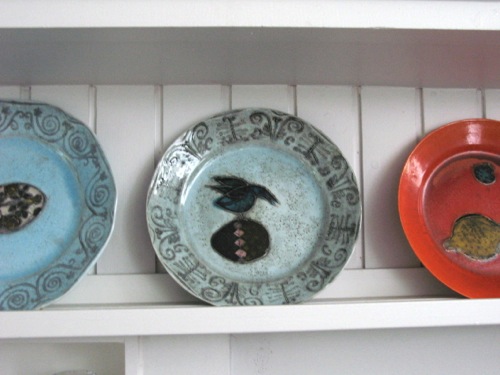 Bryk married another artist, Tapio Wirkkala. In 1948 she gave birth to her son Sami and in 1954 to her daughter Maaria. With the two children to take care of in addition to her work, this was a very busy period in her life. Her husband Tapio took the Grand Prix in Category 3 at the Triennale in Milan in 1951. The couple was established in the top of the design world.

What is most interesting about this period is how the themes of religious faith and nature that ran through Bryk’s work evolved in the direction of greater abstraction. Starting in the 1960s she created numerous works that incorporated a wide variety of motifs. These works began to go far beyond simple depictions of the image underlying the motifs. Bryk’s works from this period came increasingly to embody her world of imagination. 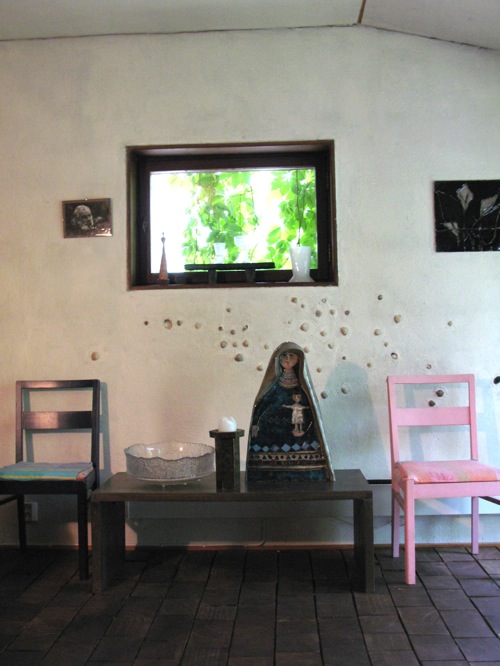 Figure of the Virgin Mary (Maaemo, 1953) on display in the living room. To the left of the window a photo of Tapio Wirkkala hangs on the wall. To the right is a flat ceramic work of art (Kallat, 1950). According to Maaria, her father bought much of her mother’s art in the house. He went to great pains to try to keep the smaller pieces from getting scattered and lost.

“My mom was very different from your typical housewife,” Maaria recounts. “She lived in her own world, dreaming, thinking of creating art, reciting poems. Believe it or not, she was good at keeping house and cooking, too. The food she made was really good. But she didn’t spend a lot of time worrying about housework. If anything, it was my dad who was the homemaker.”

“My dad would make coffee for my mom every morning. He would take her to work at the Arabia Studio. He was a really practical father. Regardless of whether he was on a trip or just doing stuff, he was precise about time and paid a lot of attention to it. My mom was just the opposite, I guess you could say,” Maaria recalls.

“My parents didn’t play a lot with us kids. They hardly ever bought us any toys or took us to an amusement park,” Maaria continues. “We would spend our long summer vacation as a family at the house by the lake. In winter we lived in our second house in Rovaniemi. That was what play was for us.” 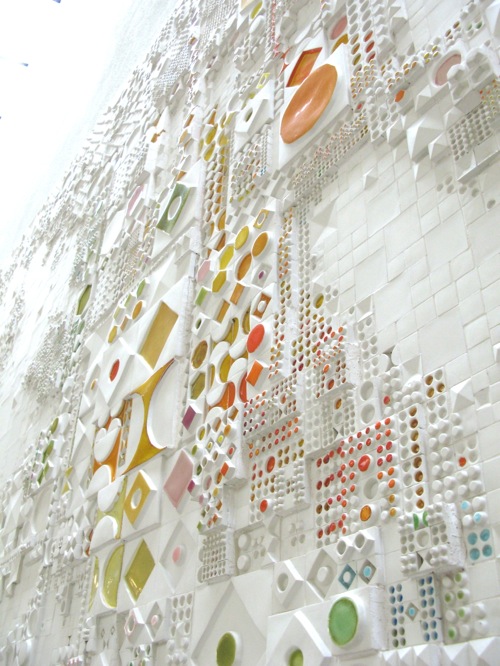 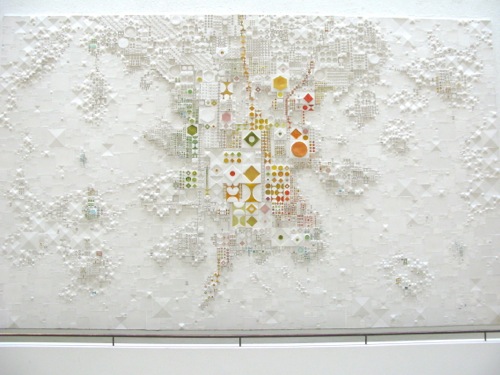 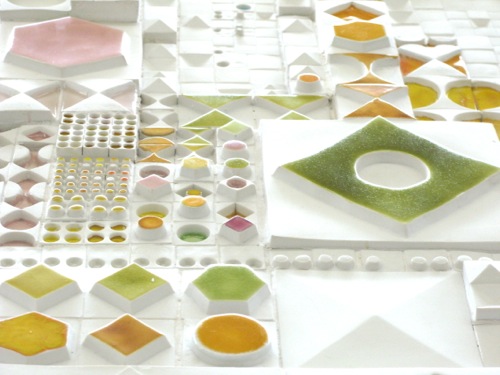 Into a Multicolored World of Imagination

Over the course of the 1960s and 1970s, the motifs in Rut Bryk’s work slowly shifted from literal representations of plants, animals and religious themes toward much more abstract compositions inspired by her broad-ranging imagination.

Bryk created many mosaics for public spaces in government institutions, hospitals and corporate headquarters. City in the Sun (1975), a ceramic wall relief that covers a large expanse in the lobby of Helsinki City Hall, is beloved of many citizens.

Another well-known design by Bryk is the tableware she designed in collaboration with her husband Tapio Wirkkala for the German porcelain manufacturer Rosenthal. Their tableware design radiates a tranquility that transcends the fact it is intended for repeated daily use. 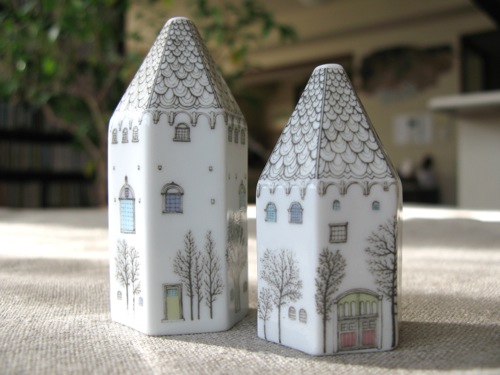 Century Tableware, salt and pepper shaker. Tableware series made by Rosenthal (Germany, 1979). Rut and her husband Tapio collaborated on the design for this series. 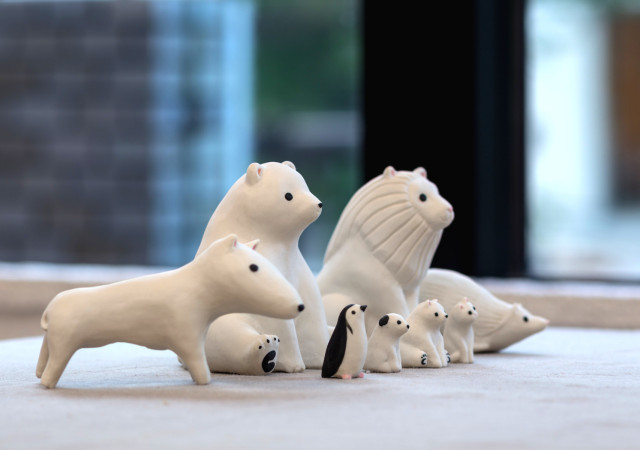 Finland is the one of the Nordic countries and in Japan, we have great fami